Shock therapy isn't what you think it is 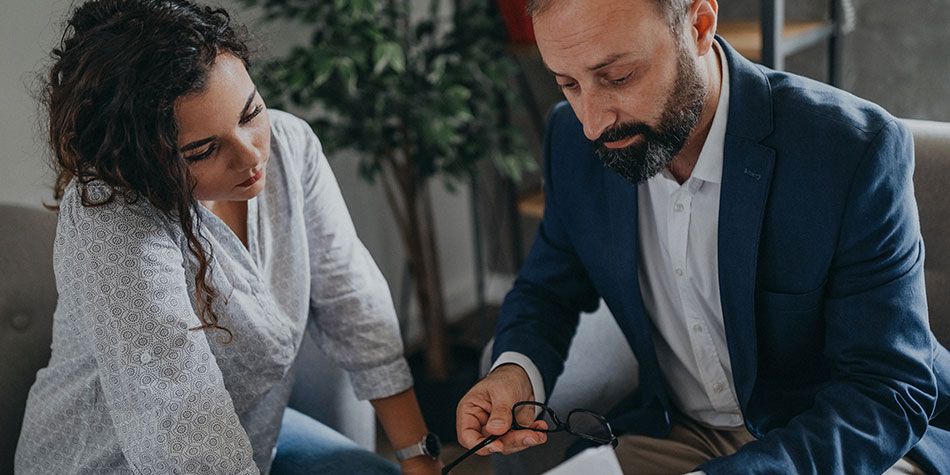 The term “shock therapy” may conjure images of a painful or barbaric treatment, but this common misconception, which has been partly fueled by inaccurate depictions in movies and on television, is far from reality. In fact, electroconvulsive therapy (ECT) is a very safe and effective treatment that can help those living with mental illness improve their quality of life.

ECT can help those with severe depression and some other serious mood disorders, such as bipolar disorder and schizophrenia, when other treatments, including antidepressants and talk therapy, have failed. Nevertheless, many experts believe the procedure is underutilized.

Outdated perceptions of how the procedure is performed have contributed to its long, varied and somewhat stigmatized past. Here’s what you need to know about one of the most misunderstood practices in psychiatry.

What happens during ECT?

For patients undergoing ECT, small electrical currents are passed through electrodes to their brain. People are not awake and alert during this procedure. It’s performed under general anesthesia.

It’s still unclear exactly how ECT helps. Some studies involving both people and animals suggest that the procedure may trigger the release of certain brain chemicals, such as endorphins, dopamine and serotonin. Research also suggests ECT could alter the volume, thickness, connectivity or metabolic activity of certain parts of the brain. Essentially, the procedure may change brain chemistry in ways that help reverse the symptoms of depression and other mood disorders.

How the procedure has evolved

Over the years, ECT has been refined but it hasn’t changed dramatically.

Since seizures can cause full-body convulsions, patients undergoing ECT are also given a muscle relaxant prior to the procedure. This wasn’t done when ECT treatments were first introduced in the 1930s, which increased the likelihood that patients would suffer broken bones and other bodily injuries during these convulsions. Still, the cinematic portrayals of ECT have been far from realistic.

In fact, from start to finish, the entire procedure — including recovery from anesthesia — takes about one hour. During this time, patients’ vital signs are closely monitored by an anesthesiologist.

Electroconvulsive therapy is typically considered when outpatient therapies, such as medication or talk therapy, have failed. In some cases, it’s an option for people with certain mood disorders who can’t tolerate their medication and for some pregnant women whose medication may harm their developing fetus.

Conditions that may be treated with ECT include:

It’s not a cure, but the vast majority of those with severe depression who receive ECT benefit from the treatment. A study by the American Psychiatric Association showed that 77 percent of participants with schizophrenia improved after undergoing ECT.

Unlike drugs and talk therapy which may improve symptoms over time, ECT can help alleviate symptoms relatively quickly. Some patients begin to see improvements in their symptoms after two to four sessions. It’s especially beneficial to those with suicidal thoughts and other urgent mental health conditions.

Weighing the risks and benefits

Aside from being very safe and fast-acting, ECT is associated with fewer side effects than some antidepressant medications.

The anesthesia and paralyzing agents administered during ECT minimize the likelihood that patients will have pain or suffer an injury, but like any medical procedure, there are some risks involved. Typically, any memory loss sustained will improve in the days and weeks following the procedure.

Other side effects that can result from ECT include:

During ECT, patients’ heart rate and blood pressure increase. This could lead to stroke or heart attack. Keep in mind, heart complications stemming from ECT are relatively rare. These problems are usually limited to older people with heart disease.

Other risks associated with the procedure include:

ECT can be done as an outpatient procedure but patients shouldn’t drive after their sessions. The memory loss associated with the procedure and the side effects of the anesthesia make driving extremely dangerous.

The goal of ECT is to provide immediate relief from mental illness symptoms but some patients may need to undergo multiple procedures. In most cases, six to 12 treatments are needed. Patients usually undergo three sessions per week.

More research is needed on the long-term effects of ECT as well as relapse after treatment. Research suggests that people’s genetics may play a role in how well they respond to this treatment.

How having a pet can help your mental health

October 14, 2019
Having a pet can help keep you physically active. The companionship and love they offer can also boost your emotional and mental health. Here's...
Previous Post

How to avoid germs throughout the day

September 16, 2019
Germs are everywhere. Not all of them are harmful but some viruses, bacteria and other microbes can make you sick. Here’s how you can avoid infection...
Next Post
Back to blog home

The importance of well-woman visits

5 sugar-free ways to make your food (and life) sweeter

Parenting and coronavirus: Caring for children during COVID-19

Back to School - What Parents Need to Know

Summertime...and the Grilling Is Easy